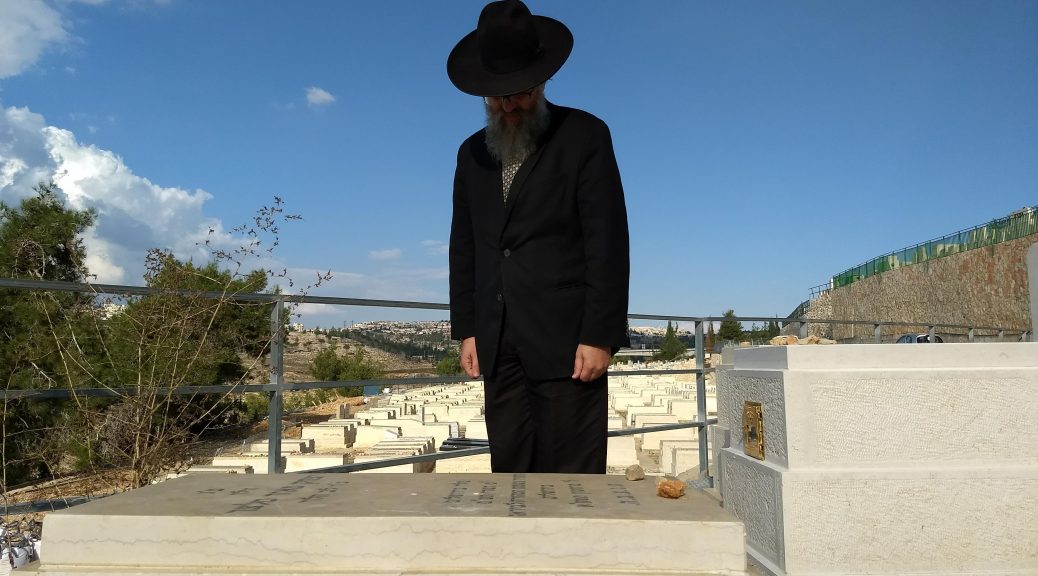 I visited my son’s grave today. I really am at a loss when I go there. There are thousands of Jews who will pray at the grave of a righteous person. The ones who do it incorrectly think they are praying to the deceased person, asking him to do this or that for the living person. No, we Jews don’t do that. So I can’t ask my deceased son to do something for me on “the other side.”

I don’t really have any words for him. I felt uncomfortable talking to him when he was alive, as I had nothing to say, all the more so in death.

I took a few pictures. It seemed like the wrong thing to do, but it kept my mind off the fact that I wasn’t really doing anything there.

I did recite psalms when he was alive, and there is supposedly an entire order that one is supposed to do at the graveside. So I said my own order of a few psalms that meant something to me, then I said the first and the last psalm, a Kale Maleh Rachamim, and then I said “goodbye” – until next time.

The plot next to him is still not being used. I wonder if someone owns it. I would like to one day purchase that plot. with Hashem’s help, maybe it will happen.