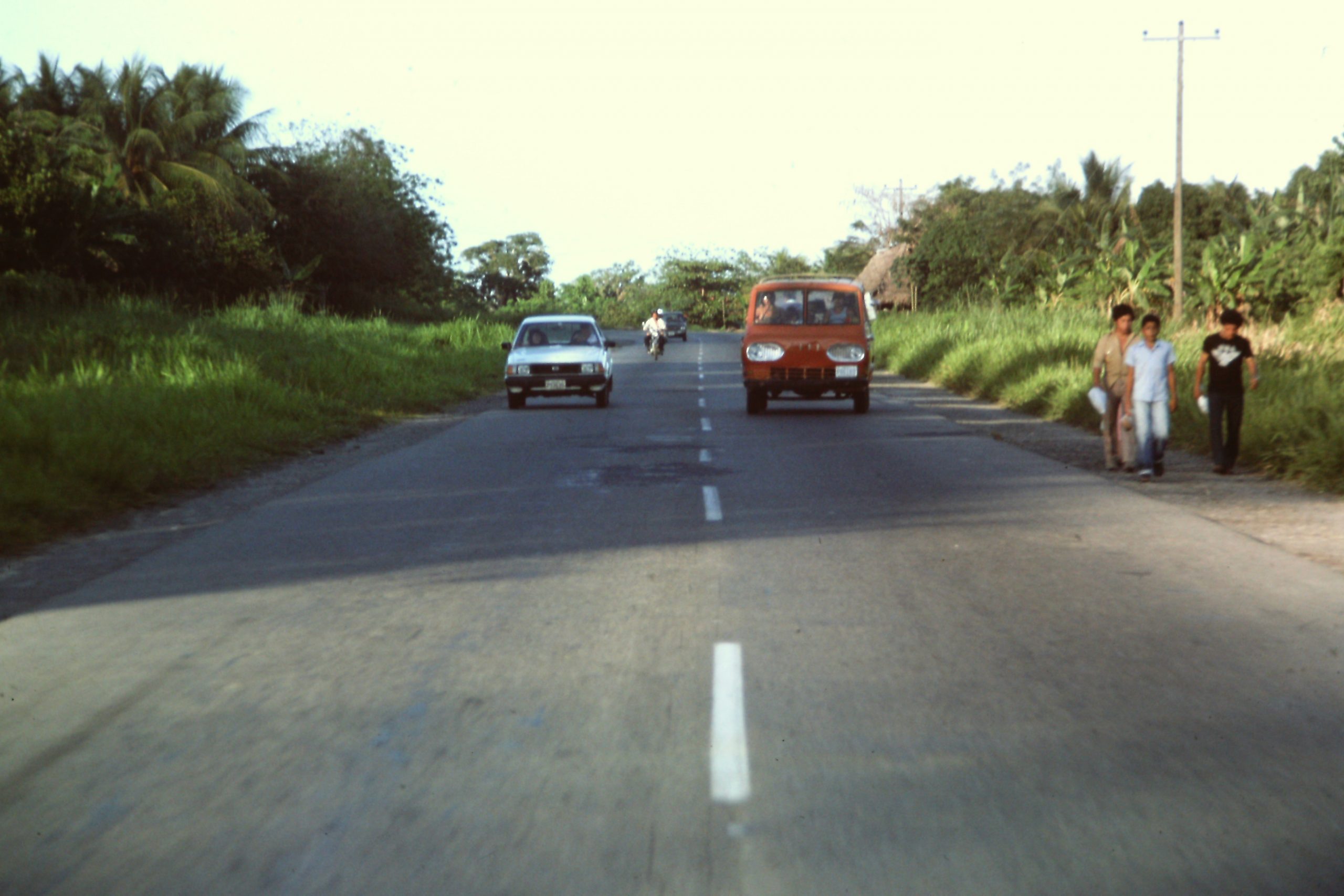 Spring break 1985, and I found myself visiting the Fiszman family in San Pedro Sula, near the northern coast of Honduras, in Central America. I had tried to vacation at my parents’ 2nd home in Boca Raton, but it wasn’t available.  I had even tried at my Grandfather’s home in Boynton Beach, but that didn’t work out. So I was here, with the Fiszman Family, in Central America with one of about 50 Jewish families to be living amongst 7 million non-Jews in Honduras.

This was my first trip to Central America, and I was taken to various sites, such as the massive Chiquita banana plantation, or the family’s store Almacén El Record, and to the family’s vacation home on the beach.  We had an interesting time getting to the beach as all the bridges built by the United States had been washed away in a hurricane from about 2 years ago, and only now were some of the rivers and streams spanned by army-issued baily bridges. But we had to drive through the rest of the rivers and streams in the Toyota Mini-van – fortunately they weren’t too deep.

On Wednesday of my trip, we decided to drive to some Aztec ruins in Guatemala – about a 2.5 hour drive from San Pedro Sula. As I had seen already during my past few days in Honduras, the driving there was not the best.  The drivers drove a bit too fast for my liking, and the roads were substandard, and the cars usually didn’t have safety belts.  In this particular mini-van, the two front-passengers had belts, because it was a new car.  But there were not belts on the bench because they weren’t required by law.

This particular road to Guatemala was particularly interesting, as it went along a mountain pass.  As I looked out my window from the 2nd row, I noticed every now and then part of the other lane of the roadway had collapsed into the valley below.  Fortunately the highway department had put a small orange cone in front of this road hazard to prevent people from driving off the cliff – though I wonder how much help just one orange cone on a fast, twisty road could offer.

In any case, I became tired and lay down on the bench. It also helped reduce my nervousness, as the car was often traveling above 100 kilometers per hour (at the time, I hadn’t a clue how fast or slow this was). At some point I heard someone say something like “oh no”.  I looked up and saw a massive cow in the middle of the highway. After a second or so, I felt us hit the cow, and I saw the entire world turn around as the car flipped over several times.  At that point I lost consciousness, and have no idea what happened next.

When I regained consciousness, I was in the back bed of a pickup truck in the arms of some English-speaking woman. While any part of my body that was touching the truck felt like it was on fire due to the heat of the sun, I tried desperately not to move too much.  I had just read in the newspaper a few months back about some South African Gymnast that had been in an accident and moved, and she had severed her spine.  I did not want that to happen to me, so I tried to stay put.

Apparently Mr. Fiszman’s daughter survived the accident almost completely unscathed (she had on her seat belt) and was able to flag down this truck – a miracle as was had not passed any cars for the past hour or so – and get them to take us back to San Pedro Sula – another miracle since they were heading in the opposite direction. Being from America, I would have assumed that there would have been a hospital only a few minutes drive away.  But no, we were in the wilderness of Honduras, and while there were a few villages with tribal doctors along the route, there were no hospitals except 2 hours away in San Pedro Sula.

When we finally made it to San Pedro Sula, they rushed Mr. Fiszman to the emergency room, but unfortunately he didn’t make it. For reasons I can’t remember, I thought I had dislocated my hip, so the doctors decided to operate. I was brought into the operating room and was given something to knock me out.  I learned later that this was all a big scam by the doctors. One of the other doctors that was no operating told Mr. Fiszman’s daughter that they were going the fake operation so that they could bill the Fiszman’s for medical services, since they were known as wealthy people. And even more fortunate, they really didn’t do anything to me at all!

While recovering in the hospital, I let my parents know about the accident.  My mom went into a panic and immediately tried to book a plan to Tegucigalpa, the capital of Honduras which was over a hundred miles away.  Fortunately, that fell through – as I wasn’t in Tegucigalpa – and she instead booked a plane to Miami to meet me there.

After a few days in the hospital, I was released to the Fiszman home (which was in the midst of the Shiva), and I remember trying to eat chicken at the Shabbos meal on Friday night, and how I was having difficulty because one of my teeth had been broken. I don’t remember much else, as the doctors put me on Valium.  I guess it is another miracle that I remember anything considering how much valium I took. My best friend from university eventually flushed the remainder of my prescription down the toilet about a month later.

So I made it to Miami without a problem.  Fortunately I had forgotten to take my passport with me on that fateful day, so I didn’t have to worry about replacing it to gain re-entry into the USA.  In the airport, my parents had Dr. Schattner, a friend from my parents’ neighborhood who happened to be vacationing in Miami, examine me as I was changing planes just to make sure I didn’t need to be rushed to the hospital instead of to the next plane. When I got to New York, I looked in the mirror and could finally see the extent of my injuries.  My back had suffered many lacerations – many of these scars are still visible today.  My hip was fine, though sore.  My tooth needed root canal work. But after a few weeks, I was back to normal and back in Tufts University.

To this day, I still have no idea how I made it from being inside the minivan to being in the back of the pickup truck.  I can only thank Hashem for carefully extracting me from the crashed vehicle and safely placing me in the pickup. As it happens, the household workers from the Fiszman family went to fetch the car sometime after the accident.  They expected to have to tow it back to San Pedro Sula, but interestingly while the car was dented from the roll-over, the motor and drive train worked fine, and they were able to drive it the two hours back to the house!

This story has an interesting ending.  At this time, I began to have ideas about marrying Mr. Fiszman’s eldest daughter, who was about my age. My thoughts jumped over the next stage of dating, and I immediately began to think about what we would do if and when we had a child. I knew that I would name the child after Mr. Fiszman, but I wondered what we would call him.  Mr. Fiszman’s first name was Marcos, so I thought about “Mark”, but that was my uncle’s name, and I didn’t want to use it.

As fate had it, I did not marry Miss Fiszman from San Pedro Sula, Honduras, but instead I married Miss Sheldon from SouthEnd-On-Sea, England.

On the 17th Yahrzeit of Mr. Fiszman, I had the opportunity to talk to Mrs. Fiszman-Kirsch, with whom I had not spoken for about 15 years.  I mentioned how I was married and living in Israel, and how I had several children, amongst them my first born, Mordechai Eliyahu.  At that she announced “Really? My father’s Hebrew name was also Mordechai!”

So I have to give thanks to Hashem for taking me out of this dangerous collision almost completely unscathed. As my son, Mordechai Eliyahu put it: “Aba, you have to thank Hashem for the accident.  If you didn’t have it, you might still be a goy living in America.” 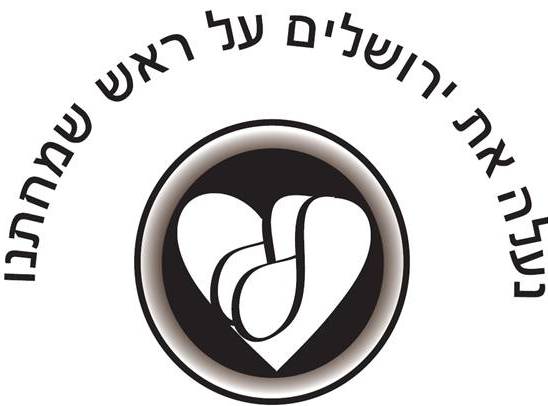 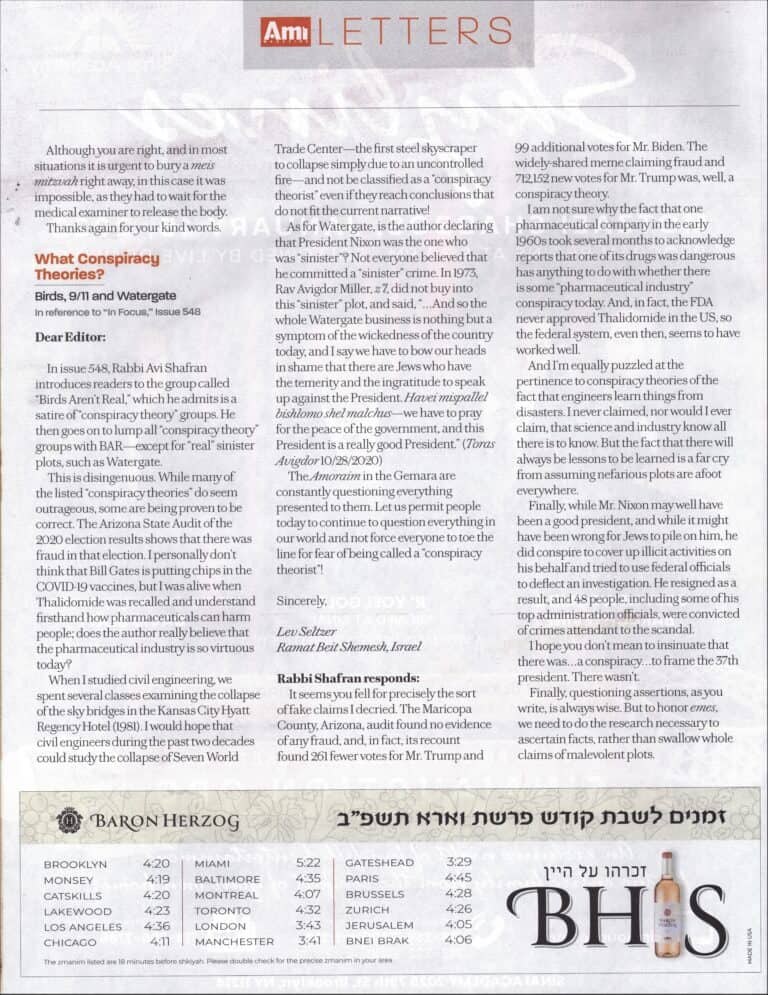